The Black Opry at The Acorn 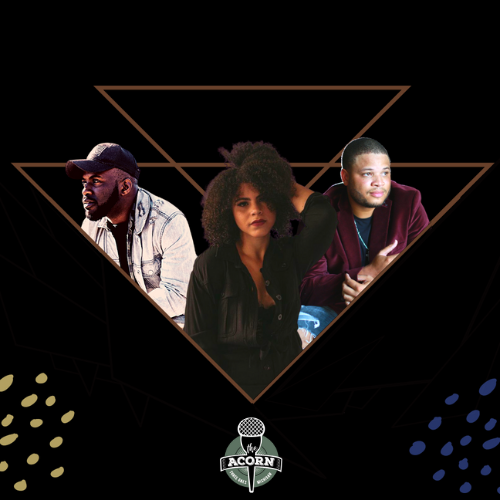 The Black Opry is a home for Black artists and Black fans of country, blues, folk, and Americana music. Country music has been made by and loved by Black people since its conception. For just as long, we have been overlooked and disregarded in the genre by fans and executives. Black Opry wants to change that. We invite you to discover, support and enjoy the Black artists that make magic in this space. One of the most valuable aspects of country music is its versatility and diversity in sound. Country, blues, folk, and Americana music often overlap or weave together- these artists explore all of those sounds and intersections.

The Black Opry Revue showcases the diversity in sound and stories that Black artists offer to these genres.

Julie Williams
Fearlessly forging ahead down country roads, singer-songwriter Julie Williams is turning heads in Nashville’s country music scene with the soft but powerful songs that capture the soul of growing up as a mixed-race child in the South.

Music has always been a part of Julie’s life - honing her singing talent in church and beach bars and belting national anthems before packed stadiums. She grew up listening to everyone and everything, from The Chicks and James Taylor, to Gladys Knight and Michael Jackson. Even though she was drawn to the storytelling of country music, she never quite found the sound that spoke to everything she was: Black, white, Southern, a woman, hopeful, truthful. So naturally, it was up to Julie to make this sound. “My music is mixed like me,” is how she describes it, “I want to tell the stories that need to be told.”

Tae Lewis
The emerging Country singer/songwriter Tae Lewis doesn’t sell short when it comes to his creation of country music. The North Carolina native started his roots by singing in his grandfather’s church at the age of 5. In 2016 he began to emerge in his own element of what he wanted to create for his audience as a country artist With one of his first singles “Good Luvin.” Good Luvin brought success in being placed in the hit sitcom “Shameless” which brought his artistry to a whole new level of people acknowledging who he really is.

Tylar Bryant
Tylar Bryant is a soulful country recording artist whose path took him on a journey to take the stage in the country music arena. Championing the challenge, where no one saw him coming, Tylar is a new contender who’s in it to win it.

The former MMA fighter changed his career path to pursue a passion that caught him completely by surprise. He laid down his gloves to pick up a songwriter’s pen and a guitar. In a courageous leap of faith to chase his dream, Tylar moved to Nashville in 2019.

The Texas native prides himself in his authenticity and ability to infuse a mix of styles and sounds. Influenced by some of country music’s greatest voices and performers (such as Jim Reeves, Randy Travis and Chris Young), Bryant marries modern and traditional country sounds with rock and R&B grooves for an added twist.